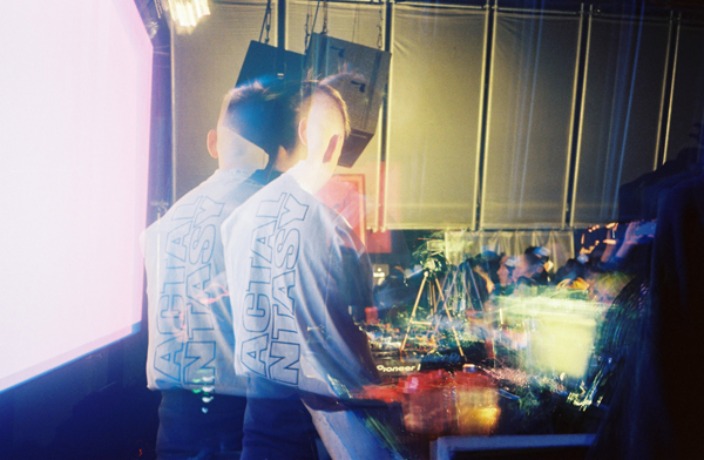 Electronic music has literally taken China by storm in the last few years. With big name festivals like Ultra and corporate partnerships between companies like SHFT and Budweiser, the genre has come into its own in a big way across the country. But one city in the PRC has had its hat in this race for much longer, with a budding underground scene in the works for nearly 10 years.

From drum and bass to experimental deep house, Shenzhen has played host to some of the most progressive electronic artists in the world, and become a home for a family of DJs cultivating their own craft. And while the city’s reputation has only grown stronger, one of Shenzhen’s more memorable appearances on the international circuit came back in February 2016, when Vice, The Guardian and China Daily picked up the story of a rave busted by the police in a tunnel next to an IKEA in the Nanshan district, where 491 individuals were detained and 118 tested positive for drug use. 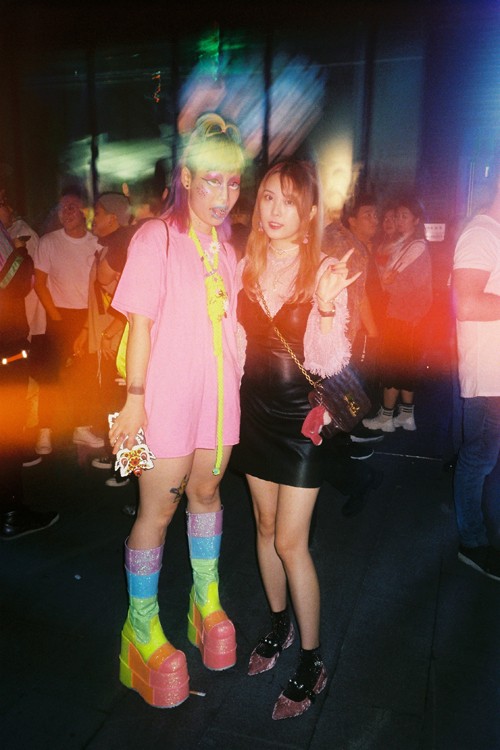 The psy-trance, deep house and techno pop-ups were part of a monthly program organized by the now defunct The Real Deal. Since 2012, the event group had been throwing raves across the city in various locations – from city parks to beaches, in the central districts and on the outskirts. With quality speakers, generators in tow, lighting equipment and DJ booths set up, they organized everything independently, even occasionally securing artists to paint murals on the walls of wherever they were partying.

Food vendors with shawarma were brought in, cheap bars were built and booze was at the ready in a fully functioning made-to-last-the-night kind of club. As word of mouth began to spread, the numbers quickly grew, until one could find as many as 1,000 attendees present at any given event (VPN required for hyperlink). 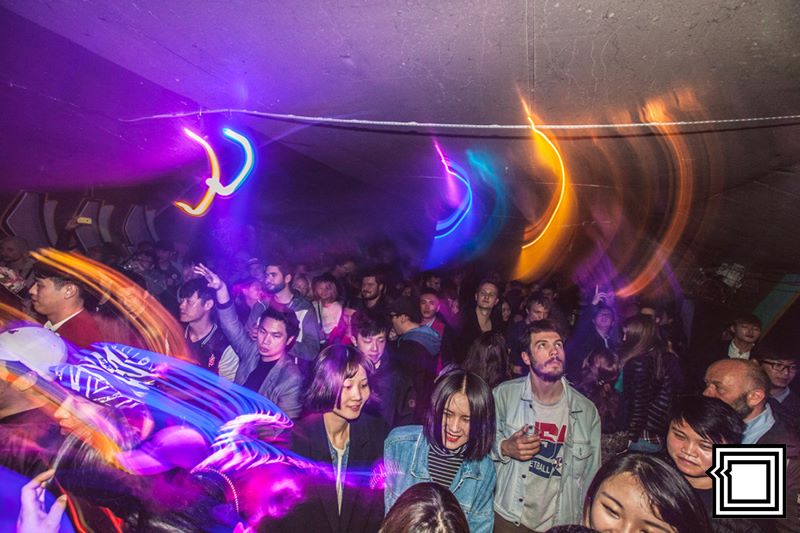 “I started meeting people from all over Guangdong who came just for the parties. Anyone that was in live music was there – we supported each other, regardless of genre,” Shenzhen-based musician, MC, DJ and entertainer Adrian Black tells us. The DIY underground electronic scene welcomed foreigners and locals alike, often striking a balance within 10 percent of an even split. And while The Real Deal’s events had become a tourist destination for the region, they had come to take up an even more important space for the community in Shenzhen.

“It’s a very tight scene,” Esteban Beltran, also known as DJ Tayta, agrees. “Five years ago, there weren’t many of us and there were only a handful of interesting things happening, so we would hang out at every event.” Shenzhen-based DJs like Nimbus and Baitu were regulars in the line-up, and they frequently brought in bigger names from Hong Kong like Frankie Lam. 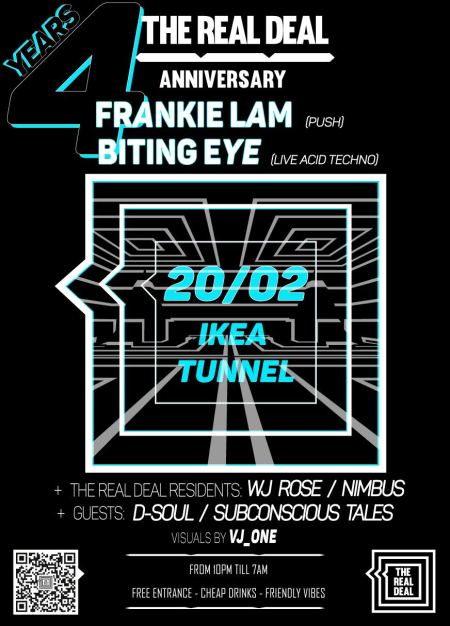 Flyer courtesy of The Real Deal/Facebook

Occasionally, there would be noise complaints and police officers would come to disband the events. But things got serious on the night of their fourth anniversary party in 2016. At around 3.30am, partygoers were met by riot shields and were ordered to sit down, stop talking and turn off their phones. 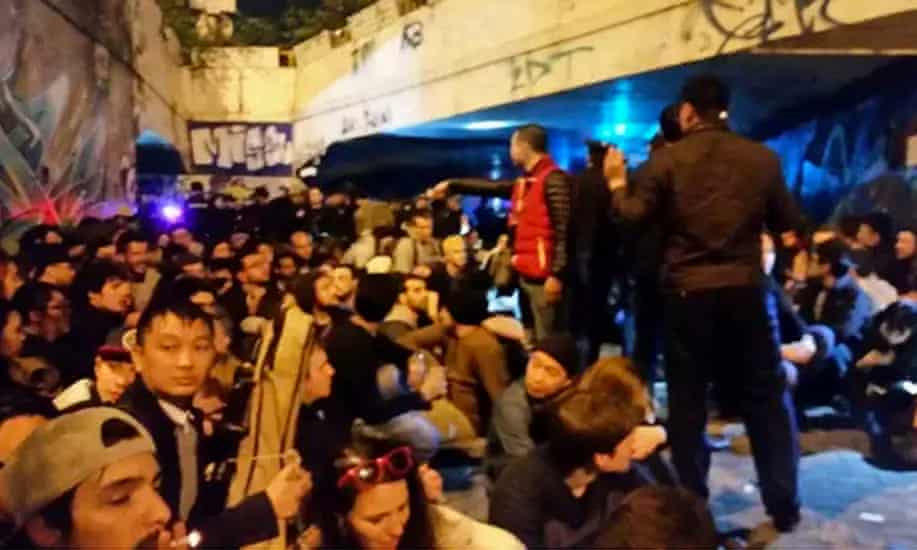 Attendees were then shuttled onto buses and taken to the various police stations around the district, where they were forcibly tested for drugs. Unlike in recent crackdowns, no one was deported because of the incident, but the detainment of over 400 individuals went on to make international headlines, simultaneously marking the end of The Real Deal’s monthly events. 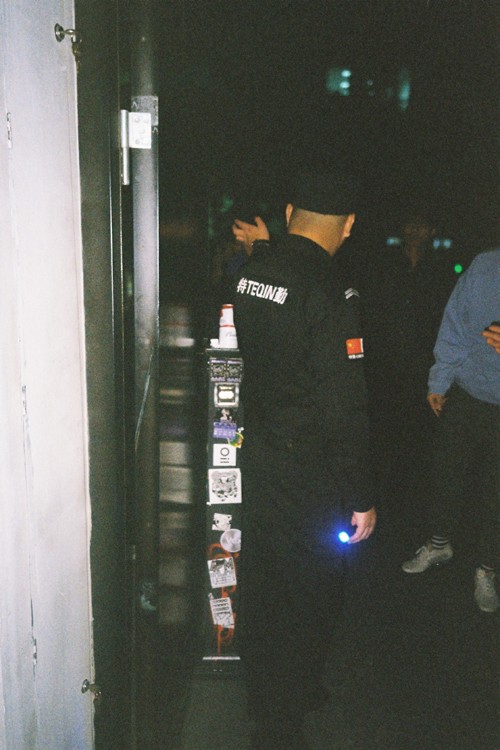 While the event group may have disbanded and the IKEA tunnel in Nanshan is no longer littered with empty bottles, this was neither the start nor the end of Shenzhen’s synth-strained story. Since 2008, Jesse Warren has been pushing drum and bass music in the city, going on to found the record label Mettāsonic. Organizing shows under Muzikbox, Warren put on events before and after The Real Deal’s rise and fall.

In the early days of the pop-up raves, founders of Oil Club and longtime friends Yangyang Song and Huiyuan Sun had already begun to play with the idea of opening an underground space, and seeing what The Real Deal was doing only encouraged them to push forward. “At that point, we’d already started thinking about inviting some artists to Shenzhen,” Song explains. “My love for the music came from listening to it in Huiyuan’s car, but the vibe, that came from The Real Deal. People really enjoyed it. Everyone really communicated and the atmosphere was just really good.” 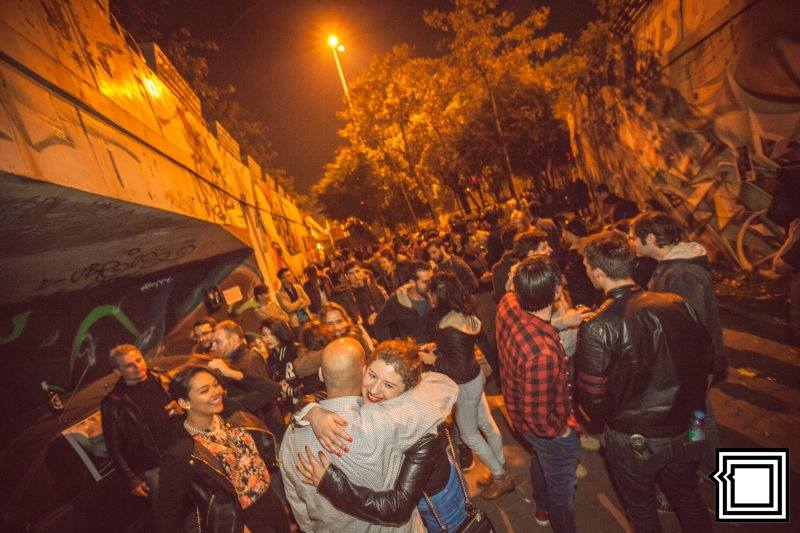 But what made Shenzhen the ideal home for these highly populated parties reminiscent of the London rave scene’s early days? While electronic music is now a part of pop-culture across China, these off-the cuff, experimental sights and sounds have only really taken the helm in recent years through venues like ALL in Shanghai and Dada in Beijing. Known for bringing in international acts, they became a place that you could find homegrown artists forging their own path like 33EMYBW, SHAO and Zen Lu, and those championing the scene in the southern city set out to make even more space for that.

“Shenzhen club kids aren’t like Shanghai or Beijing,” Song tells us. A first generation Shenzhen-ren herself, she and others spoke to the newness of the city and the opportunities that came with that. “For a lot of them, it’s their first time to hear or experience this kind of music – when they get on the dance floor and they see others dancing around them and acting all crazy, they’re given permission to do the same.” 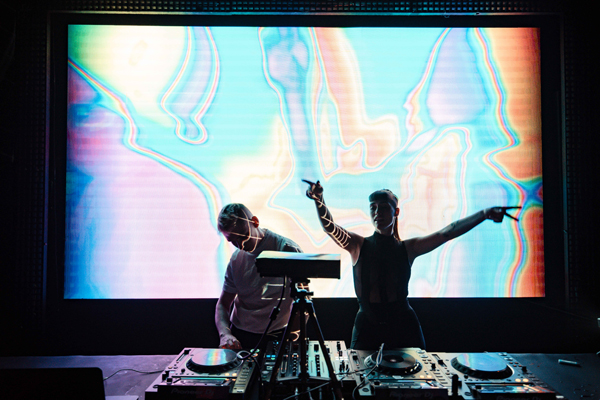 “The people here tend to be more open-minded because this is a city for everyone,” Beltran agrees. “They’re more welcoming because there’s no strong community with a pre-existing history.”

Made up of the largest internal migration in China, Shenzhen stands apart as a city that’s forging its story, pen in hand, by those that have chosen to live there. “Everyone is a foreigner here. It’s a nomad city, a living, breathing opportunity,” Black explains. The kinds of people attracted to it are looking to build, from scratch, a city that is more than just an economic, technological treasure trove. “We didn’t really think about whether or not there was a market for it, we just did it because we wanted to. We wanted cooler parties and to bring through these kinds of musicians, and people received that and liked it too,” Song says. 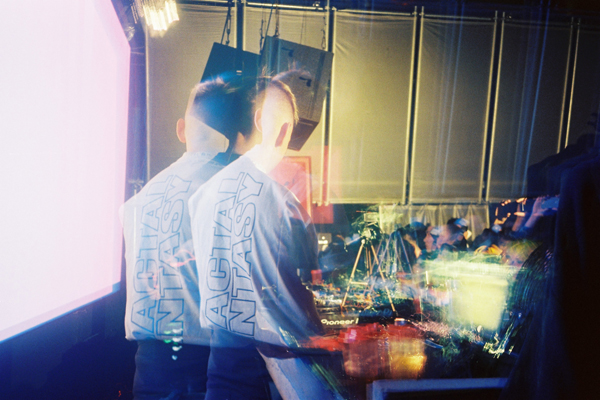 Some of the city’s biggest DJs only started their careers upon moving to Shenzhen, like Daniel Power, who now tours internationally and runs his own drum and bass label, Unchained. “One of the main reasons The Real Deal happened,” Black tells us, “is because one of the original team members, Nimbus, was an electrical engineer. He made power amps. He had access to great speakers and information and he made things happen. While it’s definitely more commercial now, the quality of the acts is getting bigger and better. Shenzhen is growing and the people are growing with it.”

READ MORE: Unchained's Daniel Power on the Future of Electronic Music in Shenzhen

And he’s not wrong when it comes to quality. Oil Club has one of the best sound systems in the country, and is modeled after London’s underground clubs – its clean, industrial vibe keeps the commercial elements to a minimum. At their first year anniversary last month, they saw over 800 people come through its doors. 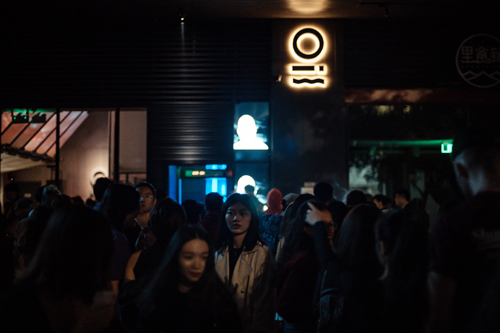 “There were lots of people before us doing things for the scene, here and in other cities,” Sun explains. “Gaz (Williams) up in Shanghai gave us a lot of great suggestions when we were starting Oil. Kim Laughton helped us with the designs. People always think that Shenzhen, with its short history, is a cultural desert and is only about tech and business. But we know that beneath the desert there’s oil, which is how we chose the name and why we chose Shenzhen.”