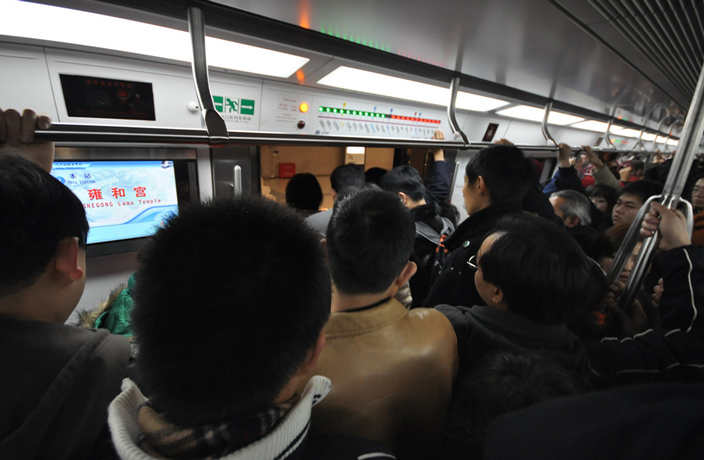 Beijing is cracking down on bacteria and odor in its subway trains. As reported by Xinhua, Beijing Subway deputy director Liu Chang said that staff had started spraying nano photocatalysts on ceilings, seats, windows and armrests in order to eliminate odor and bacteria on Line 6 earlier this week.

Serving as one of the prime lines of the Beijing subway system, it makes for a sensible starting point. Line 6 runs through downtown Beijing, featuring 26 stations – nine of them are transfer stations – that carry about one million people per day.

Artificially manufactured photocatalysts mimic the behavior of their natural counterparts, which act in plants to convert CO2 into O2 with the help of photosynthesis. These nano photocatalysts have no color, are odorless and powerful enough to decompose indoor wastes such as formaldehyde and toluene, both of which have been linked to cancer.

The technology has been widely used and proven effective in display rooms and the interior of new cars before. A third-party evaluation found that the photocatalysts eliminate about 80 percent of bacteria.

The compound is estimated to last for about three months and officials plan to deploy them on more subway lines in the future.

Considering the rising summer temperatures and the stench of a crowded subway car after a busy day, the timing is certainly ideal.