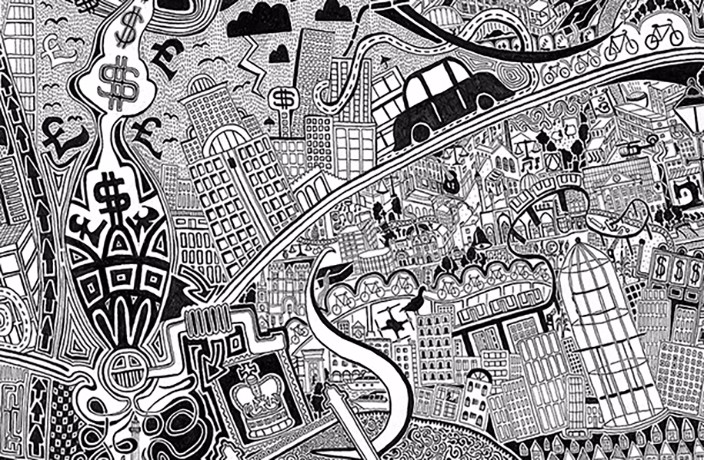 How do you see Beijing? In shades of gray concrete and red bricks, perhaps? Well, for British artist Gareth Wood, Beijing is all black and white. (Or will be, at least.)

The London native, who goes by the pen name Fuller, spent a week walking Beijing’s entire Sixth Ring Road in April. He was conducting research for an upcoming artwork – a black and white map of Beijing. But this isn’t a map in the traditional sense.

Wood specializes in a form of map-drawing that relies more on experience – illustrated through symbolic imagery – than topography. Although Wood doesn’t like the term, he describes it to us as a form of ‘psycheography’ – “Geography based on emotions, the mind and psychology, basically the way a place affects you.”

The maps’ monochromatic color schemes produce surprisingly vivid and detailed depictions. Wood fills his pieces with cheeky and somber references, inviting observers to interpret symbols as they please. And the Sixth Ring Road walk was the necessary first step. To paint a city, you have to know it – borders and all.

“[The walk] allowed me to understand the perimeter of my piece, because traditionally [the Sixth Ring Road] is the holding,” he explains.

The four-lane Sixth Ring Road is approximately 220 kilometers long, though Wood wasn’t counting steps. He was more concerned about the people, scenes and industry he passed each day. It was, he says, “more about the journey.” 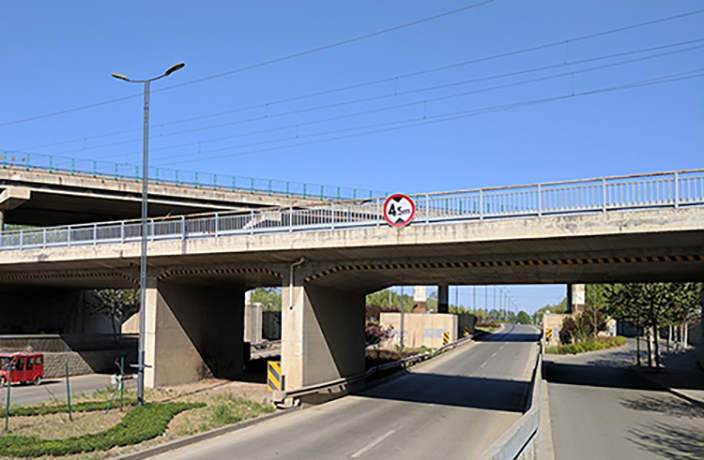 And although it was a solo journey, the artist was never completely alone. He created a WeChat group called ‘Walk in Progress,’ whose members followed his expedition and shared tips. There were also others on the road, although they were “just walking to work using their feet – it was a popular mode of transport.”

Beginning early in the morning and marching well into the night, Wood concedes the open road hike was “quite dangerous.” At one point he fell into a deep drain and twisted his ankle. Often the paths, which he tracked on Google Maps, would simply end, leaving him staring at bare riverbeds and unbuilt bridges. He walked through stretches of empty high-rises, which “felt like a film-set.” And after hearing a car-horn that wouldn’t stop beeping, it wasn’t until Wood came closer that he realized a man had fallen asleep on the wheel.

When we meet Wood a few weeks after the walk, he’s barely sketched the outline of his map.

“Beijing is a megacity, so the scale and size [means] I’m having to do a lot more preconceiving,” he explains. But what can we expect when it’s finished? Aware of his limitations as a new resident of the city (he recently arrived here with support from the Palm Tree Gallery in London), Wood says:

“I’ll be drawing stories of various things, so I can’t guarantee a map of knowledge and expertise. There will be historical references but I can’t have that level of understanding of the place – and I don’t claim to. I want people to look at it and say ‘that is a contemporary picture of Beijing.’” 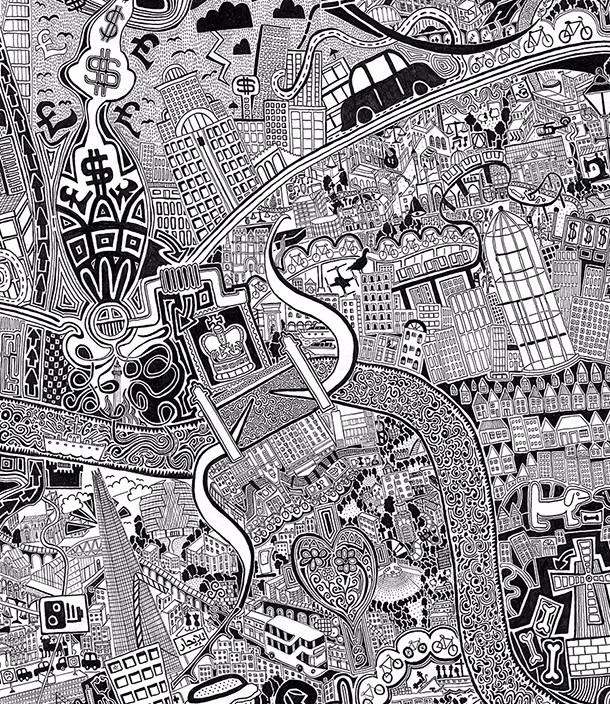 Wood is prepared for a task of this scale, having already completed similar maps of London and Bristol. The former, titled ‘London Town,’ (detail pictured above) took a whopping 10 years to complete, and was acquired by The British Library. During our chat, Wood seems optimistic that his Beijing print will take considerably less time.

“I could be here for up to two years, or the work could be completed before Christmas. It just depends on how I feel, how the work develops and how my experience of the city unfolds.”

For now, Wood is enjoying painting at his base in Tongzhou district during the morning and exploring the city by day. Wood admits to having a “crush” on the city. In addition to his cartographical print of Beijing, he hopes to complete various other works and eventually hold an exhibition. 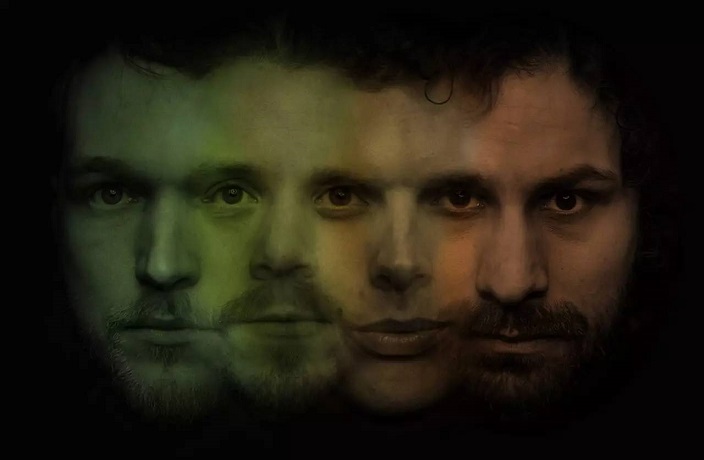 pg.lost on Their New Album and Becoming China Road Veterans

The Swedish post-rock favorites return for their fourth Mainland tour with a new album and a different sound that remains epic. 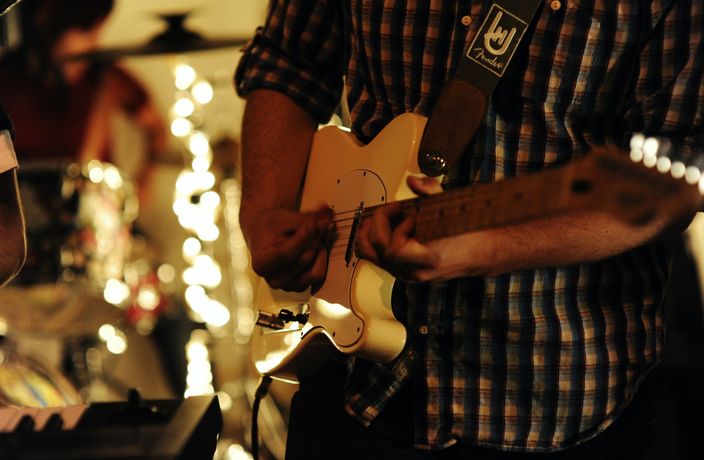