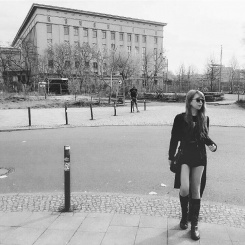 Born in Hong Kong, grew up in Taipei, lived in Beijing, and now based in world Techno capital – Berlin.

During her 14 years life in China, BB Deng had opened her own club, organized countless of music events/festivals, DJ toured more than 20 cities in China. She was signed under Modern Sky label, being one of the team members for Beijing club Lantern & INTRO music festival, signed as the first ambassador for British electronic music equipment brand Novation.

In the past few years, BB Deng has already invited to perform internationally in countries such as - Germany, Netherlands, Finland, Austrian, Spain, French, Croatia, Poland…etc. And in two years, she has released music under record labels from U.S.A, Spain and Germany. (Kuuokou records, Reload label, Black Kat label, Fehler Musik)