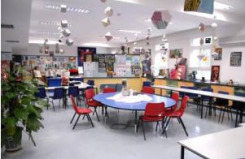 Beijing Yew Chung International School was opened in 1995 by the Yew Chung Education Foundation which is registered in Hong Kong. In 2004 the Foundation is celebrating its 71th anniversary. It also operates Yew Chung International Schools in Hong Kong, Shanghai, Chongqing and Silicon Valley USA. Over 35 nationalities are represented in the school. The unique Yew Chung international curriculum based on the National Curriculum for England. YCIS teachers are from 12 different countries and are highly qualified. We aim at bringing together "the best of East and West." The school is noted for its caring and supportive environment with music and character development at the core.